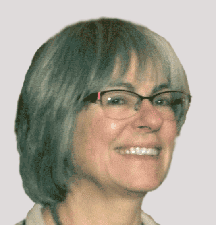 "... through her attention to the new product and continually seeking to protect the interests of all participants, Dr. Price played the critical role in successfully leading the Lab through that transition and beyond."

- Don Nielson, SRI Vice President during the creation of Nuance

In 2000 with Joe Costello and Luc Julia, she founded BravoBrava! As COO and VP of Business Development, she organized the company to serve as a matchmaker between information technologies and applications in education, transitioning technology with existing companies, through prototype development, and by creation of new companies, e.g., SUP Inc. (now Soliloquy Learning, owned by Scientific Learning).

She spent 12 years at SRI International, where she was the director of the Speech Technology and Research Lab (1993-1999), supervising the creation and transition of technology including the co-founding of Nuance Communications. She also developed and led a Technology Reinvestment Program to commercialize language education software. After leaving SRI she consulted to SRI and also helped think3 develop a novel speech interface for their 3D computer aided design product.

Before joining SRI she was a scientist at Bolt, Beranek and Newman (now a part of Raytheon)(1984 - 1988), and at the France Telecom (now Orange) research center, CNET, Lannion, France (1984). She was also a Postdoctoral Fellow at the MIT Research Laboratory of Electronics (1981-1984) and a Research Assistant as a grad student at Haskins Laboratories (1978-1981). She holds a PhD in linguistics from the University of Pennsylvania. Other activities include: